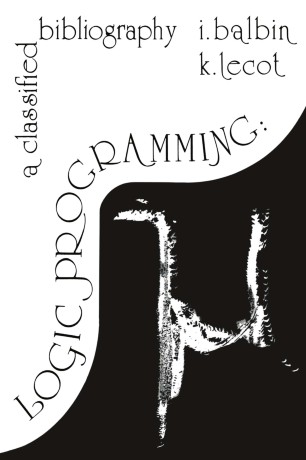 Logic Programming was effectively defined as a discipline in the early seventies. It is only during the early to mid eighties that books, conferences and journals devoted entirely to Logic Programming began to appear. Consequently, much of the work done during this first crucial decade in Marseilles, Edinburgh, London, Budapest and Stockholm (to name a few) is often overlooked or difficult to trace. There are now two main regular conferences on Logic Programming, and at least five journals: The Journal of Logic Programming, New Generation Computing, Automated Reasoning, The Journal of SJmbolic Computation, and Future Generation Computer Systems. Logic Programming, however, has its roots in Automated Theorem Proving and via the expanding area of expert systems, strongly influences researchers in such varied fields as Civil Engineering, Chemistry, Law, etc. Consequently, many papers related to Logic Programming appear in a wide variety of journals and proceedings of conferences in other disciplines. This is particularly true of Computer Science where a revolution is taking place in hardware design, programming languages, and more recently databases. One cannot overestimate the importance of such a bibliography.