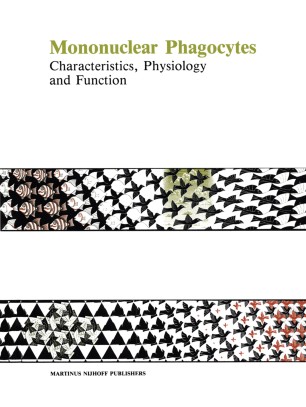 Sixteen years have passed since the first Leiden Conference on Mononuclear Phagocytes. That first meeting led to new nomenclature, i. e. , the Mononuclear Phagocytes System (MPS), which was published in the Bulletin of the World Health Organization (R. van Furth, et aI. , Bull. WHO, 1972, 46: 845-852). The paradigm of the MPS has the advantage of being much more consistent than the Reticuloendothelial System (RES) (L. Aschoff, Ergebn. Inn. Med. Kinderheilk. 1924, 26:1), because cells with similar characteristics can be classified in the same category. The essence ota new concept is, according to Popper, that it must be susceptible to falsification. This has been attempted several times for the MPS by those who adhere to the RES. However, in biology no one can be certain of truth. Any theory must be based on experimental observations and/or theoretical consider­ ations and both should be presented in such a way that others can try to refute it, then or later. One may have a theoretical or a pragmatic preference for a theory which at a given time is regarded as possibly truc, but later it may be shown to be false. In other words, what we present in this volume is regarded as true at this moment, but others may consider it as not true and try to disprove it. Controversies often stimulate new research.