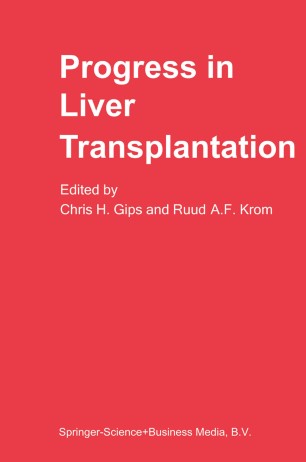 Part of the Developments in Gastroenterology book series (DIGA, volume 6)

This book - the first multicenter book on orthotopic liver transplantatio- reflects the progress in this field. The first 'experience in hepatic transplantation' was documented in 1969 by Starzl and his group in Denver in the classic of the same name. It was followed in 1983 by 'Liver transplantation', edited by Caine, in which the experience of the Cambridge-King's College Hospital team was laid down. Apart from these the book of Lie and Giitgemann appeared in 1974. These books are fundamental for all who want to become involved with experimental and clinical liver transplantation. Developments in liver transplantation are fast (faster than the production of this book) and new knowledge now not only is coming from the pioneer centers but also from their off-spring, scattered over the world. In only a few years there has been an enormous increase in the number of liver transplantations and certainly there have been performed at least as many transplants since 1980 as between 1963 -the start of clinical liver transplantation- and 1980. Even if our understanding is better, many problems are the same as twenty years ago and for some there may be a long way to go before they are solved.