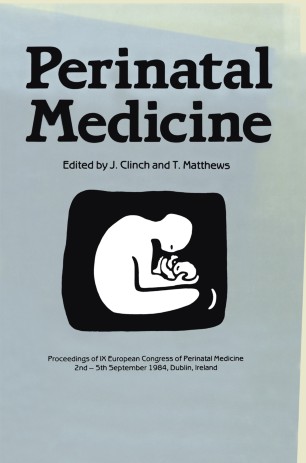 Perinatal Medicine is a relatively new specialty, sited between the mechanistic approach of traditional obstetrics and the anticipatory and preventative out­ look expressed in the study of fetal growth which extends into monitoring neo­ natal progress and development. It is of primary importance that obstetricians and neonatologists should think alike and should not allow their interests to develop along separate lines. Frequent clinical consultations with neonat­ ologists cooperating in prenatal care and obstetricians visiting the special nur­ sery on a regular basis are essential if every fetus is to reach its full potential. Such aims have been advanced by previous European Congresses and it was our privilege in Dublin to host the IXth Congress held at the Royal Dublin Society from September 3rd to 5th 1984. Over nine hundred delegates rep­ resenting thirty-nine countries attended the scientific and social programme. The theme of the congress was the mature baby. The organizers felt that while major advances had been made in the management of prematurity there were still far too many mature fetuses dying and too many deaths in the nor­ mally formed appropriate weight for gestational age neonate. Hence antenatal fetal assessment, the management of labour including electronic monitoring in normal women and asphyxial brain damage were major topics. Pregnancy hy­ pertension, caesarean section, breech presentation, diabetes and unexplained mature stillbirth were workshop topics.