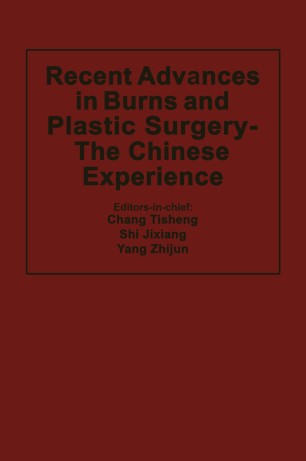 Recent Advances in Burns and Plastic Surgery — The Chinese Experience

In 1958;a severely burned steel worker, the extent of whose bums was 890/0 of the body surface, with 20070 of third degree bums, was saved by the Kwangts'e hospital (now the Rui Jin hospital) of Shanghai Second Medical College. It was the first report in the world of such a critically injured patient recovering, and seemed like a miracle at that time. During the 24 following years, a great number of papers reporting the development and advances in bum therapy in clinics and in research showed that Chinese medical investigations in the field of bums have ranked among the most advanced in the world. Plastic surgery, as an independent branch of general surgery, has been established gradually since Liberation. Recently, new techniques, including microsurgical techniques, in plastic surgery have emerged and developed, permitting rapid progress in clinical work and attracting attention and appreciation in other parts of the world. The first national congress of Burns and Plastic Surgery was held from May 16-24 1982 in Shanghai. Over 800 papers were presented and showed how advances have been made in recent years in these two specialities. Here we present selected articles as a symposium. It is hoped that this symposium will be of value to its readers. About the Editors Chang Ti-sheng (Zhang Di-sheng), who was born 12 June 1916, is Professor of Surgery, Shanghai Second Medical College, Shanghai, Chief of the Department of Plastic and Reconstructive Surgery, and Director of Shanghai Ninth People's Hospital, Shanghai.