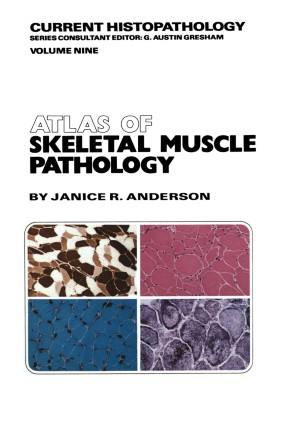 With the advent of enzyme histochemistry, which this field and simplistic theories will be expanded or revealed hitherto unseen pathological differences discarded. between muscle disorders, muscle biopsy assumed Diseased muscle cells, as any other cell type, show an important diagnostic role. The investigation is easily only limited morphological changes. However bizarre, performed and is being undertaken with increasing very few of these changes, if any, are pathognomonic of frequency. Nevertheless there is still a tendency to a single disease. The exact significance of microscopic regard its interpretation as highly specialized and out­ findings is to a large extent determined by their clinical side the province of the general histopathologist. In this context. Thus, although this is an atlas, it is definitely atlas I have tried to lift the veil of neuropathological not designed to promote 'spot' histological diagnoses. I mystique and to describe and illustrate the basic have aimed to provide a guide to pathological reactions reactions of muscle cells. of muscle which will be useful to the practising histo­ Interpretation of the biopsy depends not only upon pathologist and all students of neuro-muscular disease. recognition of morphological abnormalities, but upon I hope that recognition of the lack of specificity of understanding why they occur. Throughout the atlas I individual morphological features will encourage the have attempted to correlate morphological changes . close clinico-pathological correlation which is essential with pathogenetic mechanisms.