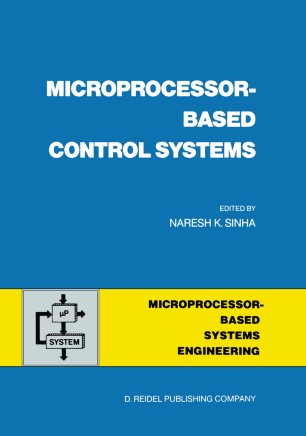 Recent advances in LSI technology and the consequent availability of inexpensive but powerful microprocessors have already affected the process control industry in a significant manner. Microprocessors are being increasingly utilized for improving the performance of control systems and making them more sophisticated as well as reliable. Many concepts of adaptive and learning control theory which were considered impractical only 20 years ago are now being implemented. With these developments there has been a steady growth in hardware and software tools to support the microprocessor in its complex tasks. With the current trend of using several microprocessors for performing the complex tasks in a modern control system, a great deal of emphasis is being given to the topic of the transfer and sharing of information between them. Thus the subject of local area networking in the industrial environment has become assumed great importance. The object of this book is to present both hardware and software concepts that are important in the development of microprocessor-based control systems. An attempt has been made to obtain a balance between theory and practice, with emphasis on practical applications. It should be useful for both practicing engineers and students who are interested in learning the practical details of the implementation of microprocessor-based control systems. As some of the related material has been published in the earlier volumes of this series, duplication has been avoided as far as possible.