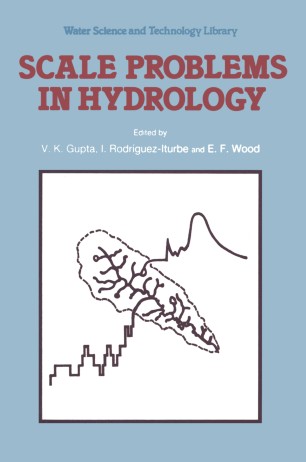 A special workshop on scale problems in hydrology was held at Princeton University, Princeton, New Jersey, during October 31-November 3, 1984. This workshop was the second in a series on this general topic. The proceedings of the first workshop, held in Caracas, Venezuela, in January 1982, appeared in the Journal of Hydrology (Volume 65:1/3, 1983). This book contains the papers presented at the second workshop. The scale problems in hydrology and other geophysical sciences stem from the recognition that the mathematical relationships describing a physical phenomenon are mostly scale dependent in the sense that different relationships manifest at different space-time scales. The broad scientific problem then is to identify and for­ mulate suitable relationships at the scales of practical interest, test them experimen­ tally and seek consistent analytical connections between these relationships and those known at other scales. For example, the current hydrologic theories of evaporation, infiltration, subsurface water transport and water sediment transport overland and in channels etc. derive mostly from laboratory experiments and therefore generally apply at "small" space-time scales. A rigorous extrapolation of these theories to large spatial and temporal basin scales, as mandated by practical considerations, appears very difficult. Consequently, analytical formulations of suitable hydrologic theories at basin wide space-time scales and their experimental verification is currently being perceived to be an exciting and challenging area of scientific research in hydrology. In order to successfully meet these challenges in the future, this series of workshops was initiated.