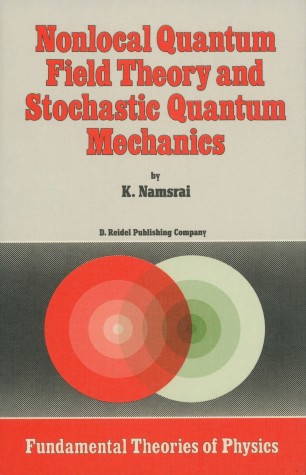 over this stochastic space-time leads to the non local fields considered by G. V. Efimov. In other words, stochasticity of space-time (after being averaged on a large scale) as a self-memory makes the theory nonlocal. This allows one to consider in a unified way the effect of stochasticity (or nonlocality) in all physical processes. Moreover, the universal character of this hypothesis of space-time at small distances enables us to re-interpret the dynamics of stochastic particles and to study some important problems of the theory of stochastic processes [such as the relativistic description of diffusion, Feynman­ type processes, and the problem of the origin of self-turbulence in the motion of free particles within nonlinear (stochastic) mechanics]. In this direction our approach (Part II) may be useful in recent developments of the stochastic interpretation of quantum mechanics and fields due to E. Nelson, D. Kershaw, I. Fenyes, F. Guerra, de la Pena-Auerbach, J. -P. Vigier, M. Davidson, and others. In particular, as shown by N. Cufaro Petroni and J. -P. Vigier, within the discussed approach, a causal action-at-distance interpretation of a series of experiments by A. Aspect and his co-workers indicating a possible non locality property of quantum mechanics, may also be obtained. Aspect's results have recently inspired a great interest in different nonlocal theories and models devoted to an understanding of the implications of this nonlocality. This book consists of two parts.