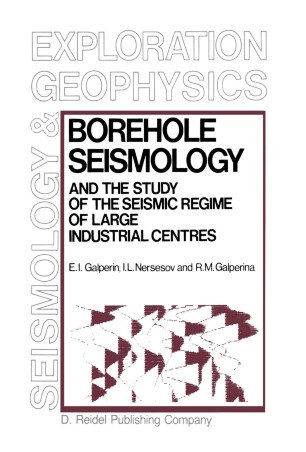 Advances in seismology and extensions of its application have made it increasingly necessary to perform high-sensitivity observationsonartificial earth tremors (explosions) or on natural ones. This implies in particular to investigating the seismic conditions in large industrial centres. There are many major cities with a million inhabitants or more in seismically-active regions. In the USSR, this applies to the capitals of the Union Republics such as Alma Ata, Frunze, Tashkent, Dushanbe, and Ashkhabad, as well as to dozens of local entres and cities with extensive industrial development. Seismic classification and earthquake forecasting have to be considered in relation to the extension or building of cities in such regions, and this would be impossible without detailed investigation of the seismicity, which involves upgrading the instru­ mental observation network. The demand for detailed information on the seismicity increases with every extension to the construction. A successful solution here can be implemented only by taking account of some specific factors, the main one being the high level of seismic noise due to the activities in large centres, which restricts the sensitivity of the apparatus and makes it impossible to record weak local earth tremors, which are of particular interest in periods of relative seismic calm. Stations at sufficiently great distances from the city do not sense the city noise, but they also fail to record weak local earth tremors. Also, the accuracy ofobservation falls for those tremors that can be recorded because of the great distances between stations.