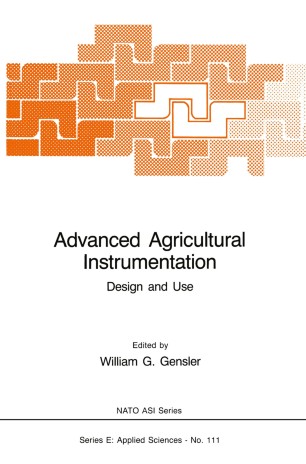 The photosynthetic process of higher plants converts carbon dioxide, water, and, light quanta into reduced sugars. The enzymes which catalyze this conversion are contained within the chloroplasts and can be thought of as split into two distinct groups. In one group are the enzymes of the IIlightll reactions, which harvest the light, oxidize water and generate two energy-rich intermediates, ATP and NADPH. These two intermediates plus carbon dioxide are the substrates for the second group, the IIdarkll reactions or Cal vi n cycle, which produce the reduced sugars. The chloroplast is completely bounded by an outer membrane. There is a separate, highly convoluted membrane system, the thyla­ koid system, enclosed within the chloroplast. The enzymes of the light reactions are physically associated with the thylakoid mem­ branes, while the Calvin cycle enzymes are free-floating within the stroma, or soluble part of the chloroplast (Fig. 1). GRANA MEMBRANES ARE REG I ONS WHERE THE MEMBRANES ARE APPRESSED ON EACH OTHER MEMBRANES WH ICH ARE UNAPPRESSED THT1.AKO ID t1EHBRANE ARE STROMA MEMBRANES ( ) (VES I OJLAR) (c _______ Figure 1. Schematic representation of the photosynthetic process in plant chloroplasts. PC and PCred are the oxidized and reduced ox forms of plastocyanin. PQ and PQH2 are plastoquinone and plasto­ quinol. For explanation, see text.