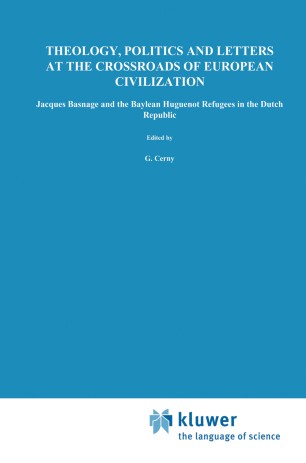 Theology, Politics and Letters at the Crossroads of European Civilization

Jacques Basnage and the Baylean Huguenot Refugees in the Dutch Republic