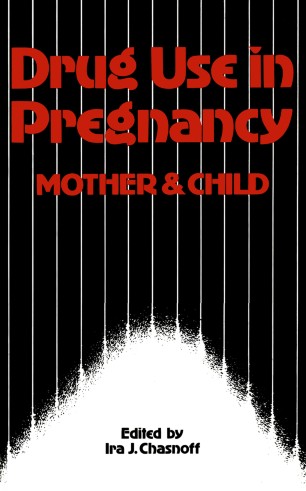 Drug Use in Pregnancy: Mother and Child

With the emergence of the biological sciences in the seventeenth and eighteenth centuries, some explanations of congenital malformations with a basis in scientific fact were formulated. It was not, however, until the thalidomide tragedy in 1961 that the necessity for further study of the effects of environmental factors on congenital malformations was recognized. By the early 1970s concentrated efforts had begun to be directed toward evaluating the effects on the unborn child of mood-altering drugs taken during pregnancy. Over the past decade, research and treatment programs have led to the recognition of a full range of psychoactive drugs that affect the developing fetus either somatically or behaviorally. Programs for the treatment of the pregnant drug addict have been developed which concentrate not only on the pharmacologic therapy of the woman but also on the social and psychologic characteristics that place her and her unborn child at risk. This book is an attempt to bring together clinicians and researchers who have been active in developing programs for the recognition and management of the chemically dependent pregnant woman and her newborn. The contributions of the multiple disciplines which the authors represent emphasize the need for a multifactorial approach to the problems of drug use and abuse during pregnancy. It is hoped that through this type of approach a better future for substance-exposed infants, innocent bystanders in the process of addiction, can be assured. Ira J. Chasnoff vii Contributing Authors I. J. CHASNOFF, MD W.