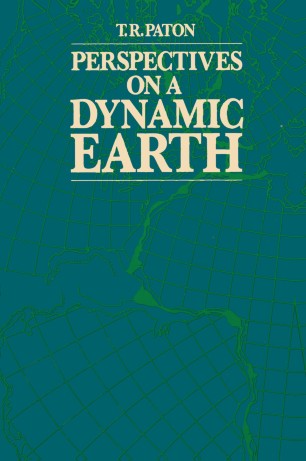 Perspectives on a Dynamic Earth

This book is an attempt to put into practice these precepts of Popper and Koestler as far as they can be applied to the Earth sciences at an elementary level. It is felt that the time is ripe for such a presentation, for the revolution that has taken place over the past 20 years within the Earth sciences has made more people directly aware of the way science works and of the necessity of knowing its history to achieve a full understanding of the problems involved. Emerging from the revolution has been the immensely unifying and extremely fruitful concept of plate tectonics, and developments leading to its establishment form the core of the book (Chs 4, 5 & 6). However, to see plate tectonics in context, it is necessary to look at what happened before, and this is done in the first three chapters. Chapter 1 is concerned with the development of ideas about the shape, size and mass of the Earth, which led to broad concepts about the Earth's structure and finally to a model of a cooling, contracting Earth, capable of explaining geological history and the major topographic features of the Earth. Chapter 2 goes on to show how even though the acceptance of this idea gradually broke down in the first half of the 20th century, possible alternatives, which are now at the core of plate tectonics, were also rejected.