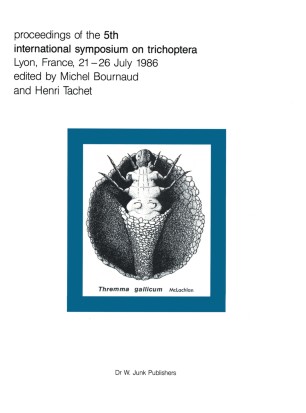 Proceedings of the Fifth International Symposium on Trichoptera

When we offered to host the 5th International Symposium on Trichoptera in Lyon in July 1986, we knew that for us the great Adventure was about to begin. On that July morning in 1983 in Clemson (South Carolina), we could only dimly imagine what the future held in store. One of the worst moment came, in fact, when we were told by th official scientific authorities that no subsidies would be forthcoming. This refusal meant that we would be unable to give any financial help to those colleagues with only modest means at their disposal. Let us hope that the publication of the Proceedings will convince certain French scientists, and the powers that be, that the study of Trichoptera represents a valid and exciting field of research. The American raid on Tripoli, which did not at the time seem to have any link with Trichoptera, threatened to act as a deterrent as far as the North American participants were concerned. However, the fears expressed by some of our colleagues (and not without reason, when we consider the series of terrorist attacks later carried out in France) were soon allayed, although the organisers of the Congress must confess to having kept a discreet eye open for any suspicious brown paper parcels or unattended luggage.