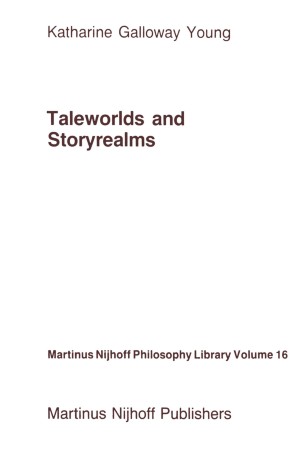 The Phenomenology of Narrative

Beginning is the hardest ITPment, not because openers are all that scarce but because you're blowing into, cracking a universe. l Maurice Natanson q;>enings are already directed toward closings. The first question in presenting a body of work is where to cut in. This is an especially difficult question since the cut-in provides a perspecti ve on what follows. A cut is an angle of entry. Wherever I enter, from there, a realm unfolds itself. In that sense, my angle of entry is my point of view. A realm cut into has an orientation. It evidences a hierarchy of importance, relevance, accessability, value, or logic. Its content is no longer neutral and equivalent. From my perspective, the realm is not only differentiated in sUbstance but differential in significance. There is a relation between angles and attitudes. Where I look from is tied up with how I see. The first cut opens out into a frame of reference. What count as lines of evidence in that realm materialize along with its background expectancies, its assumptions, concentrations, and confusions, its coslTPlogy, quirks, and enchantments. Hence, once I am corrunitted to a perspective, I am implicated in a methodology, one possessed of puzzles of a certain shape, ITPving toward solutions wi thin its orthodoxy. Openings are directed toward closings. Another cut would open onto another realm. The realm of events I cut into is a Taleworld, inhabited by characters acting in their own space and time.