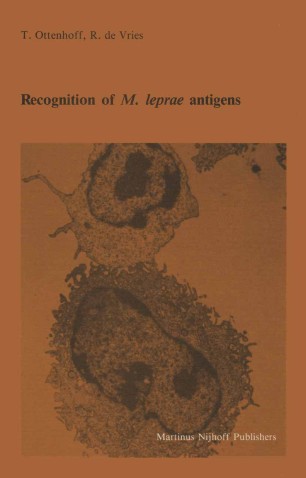 Part of the Developments in Hematology and Immunology book series (DIHI, volume 17)

Those who have had the privilege to visit the Sistine Chapel may remember the fres­ co painting of Jesus curing the leper (Marcus 1, 40-45). It seems that leprosy was not only known 2000 years ago but was also recognized as an important problem. Unfortunately, little has changed since then. Although leprosy is mainly known as an "import" disease in Europe and North America, in the greater part of the world it remains the problem it has always been, one of a stigmatizing disease comparable to the modern day pestilence, namely AIDS. Who could forget Durer's etch of a leper walking with a clapper to an­ nounce his presence, or the heartbreaking stories of patients, especially those with lepromatous leprosy, ousted by their own families to become social outcasts forced to beg for their food. This attitude is slowly changing and with this change the name of Mahatma Ghandi will always be connected and remembered.