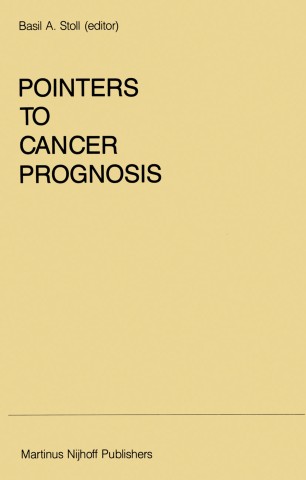 Part of the Developments in Oncology book series (DION, volume 48)

The last 30 years have seen little improvement in the age-adjusted mortality rates for most common types of cancer, and until we develop more effective and less damaging treatment modalities for these tumours, selection of each patient's treatment must depend on prognostic pointers. These lead to a calculated trade­ off between our estimate of likely benefit to the patient, as against cost in terms of quality of life. But changes have occurred recently in our understanding of the traditional prognostic pointers used for selecting such individualised treatment. First, it is increasingly recognised that the stage at which a tumour presents is more related to the chromo logical age of the tumour (how far it has progressed before diagnosis) than to its biological characteristics. While advanced chronological age of the tumour may predict a greater likelihood of early death, only biological criteria can predict the tumour growth rate, the likelihood of prolonged survival, the likely course of the disease after the first recurrence or the likehood of response to systemic therapy. Second, there is increasing use of failure analysis in relating the clinical and biological characteristics of tumours to their response to standard treatments. In the past, the relationship was interpreted mainly in terms of survival rate, but the site and timing of first recurrence and the pattern and timing of subsequent spread provide a better assessment of the control possible from local or systemic therapy.