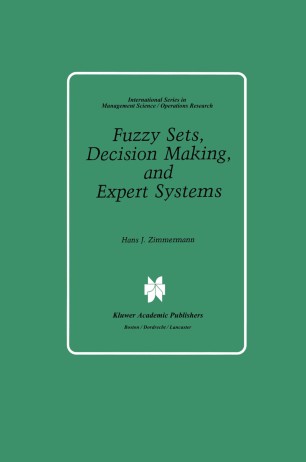 In the two decades since its inception by L. Zadeh, the theory of fuzzy sets has matured into a wide-ranging collection of concepts, models, and tech­ niques for dealing with complex phenomena which do not lend themselves to analysis by classical methods based on probability theory and bivalent logic. Nevertheless, a question which is frequently raised by the skeptics is: Are there, in fact, any significant problem areas in which the use of the theory of fuzzy sets leads to results which could not be obtained by classical methods? The approximately 5000 publications in this area, which are scattered over many areas such as artificial intelligence, computer science, control engineering, decision making, logic, operations research, pattern recognition, robotics and others, provide an affirmative answer to this question. In spite of the large number of publications, good and comprehensive textbooks which could facilitate the access of newcomers to this area and support teaching were missing until recently. To help to close this gap and to provide a textbook for courses in fuzzy set theory which can also be used as an introduction to this field, the first volume ofthis book was published in 1985 [Zimmermann 1985 b]. This volume tried to cover fuzzy set theory and its applications as extensively as possible. Applications could, therefore, only be described to a limited extent and not very detailed.