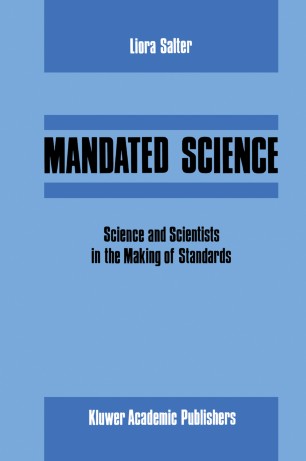 Science and Scientists in the Making of Standards

For a long time I would not eat strawberries. In 1977, a scandal broke about a testing laboratory having falsified the data that was used to register a large number of pesticides. The Canadian government, along with several others, began the process of re-evaluating both the procedures for testing and these specific chemicals. One chemical proved particularly controversial, the commonly-used pesticide named captan. In light of the controversy, which was manifest in a conflict between two government departments, in 1981, the Canadian government chose to appoint a special panel of experts to advise them. I was a member of this expert committee. The experience on the captan committee did little to reassure me, either about captan or about the way that decisions had been made about many pesticides in widespread use. Although it could not be demonstrated that captan was dangerous to people in the amounts to which they would likely be exposed, the animal studies provided the basis for concern. Prudence required at the very least that consumers take the precaution of washing their fruit, for captan is widely used on apples, cherries and berry fruits. Captan residues wash off apples relatively easily; they are less easily removed from berry fruits, such as straw­ berries.