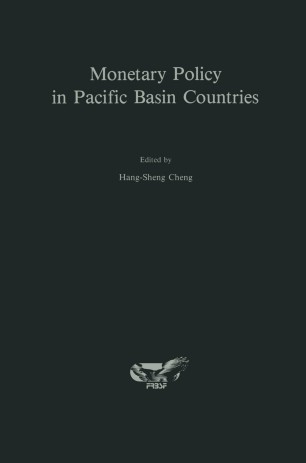 The chapters in this book are based on papers prepared for a conference organized by the Federal Reserve Bank of San Francisco, held at the bank September 23-25, 1987, to review and compare monetary policy experiences of Pacific Basin countries during the past 15 years. The theme of the conference was conceived with two purposes in mind. First, there was (and still is) a great need to enhance knowledge on the workings of economies in the Pacific Basin, which has been the fastest growing region in the world economy during the past 30 years. While much has been written on Pacific Basin trade and economic growth, relatively few studies have been published on the conduct of monetary policy in these economies. Second, as we in the United States and others elsewhere have learned, rapid financial market changes over the last 15 years have led to considerable adjustment in the conduct of monetary policy. A comparative study of various national experiences can yield insights into the inter­ actions between monetary policy and financial market changes more than is obtainable by examining indi vidual national experiences separately.