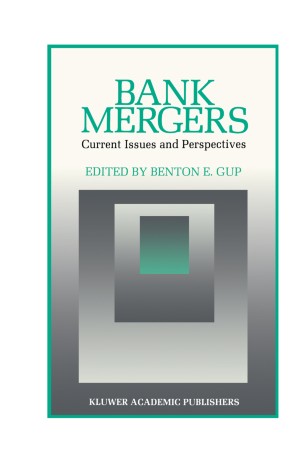 Part of the Innovations in Financial Markets and Institutions book series (IFMI, volume 2)

Historians of our financial system will record this as an age of deregulation and bank mergers. Deregulation, a cornerstone of President Reagan's Administration, resulted in federal and state legislation that contributed to increased competition for financial services and increased merger activity. During the 1981-1986 period, there were 2,139 mergers in banking and finance, accounting for 16 percent of total merger activity.l More mergers occurred in banking and finance than in any other industry. Because of these bank mergers, there are vast amounts of data avail­ able for scholarly research. This book presents some results of that research which will be of interest to academics, bankers, investors, legislators, and regulators. The book consists of ten articles, and it is divided into three parts. Part 1: National and Regional Bank Mergers gives a broad perspective of merger activity. The first article by Peter S. Rose compared the growth of bank holding companies that merged with those that did not merge. One conclusion of his study was that banks planning mergers tended to be aggressively managed and were often beset by problems, such as low profitability or declining loan quality. Mergers were one solution to their problems. But he found no solid evidence that mergers resulted in greater profitability or reduced risk. He also observed that acquiring banks did not seem to grow faster than those choosing not to merge.