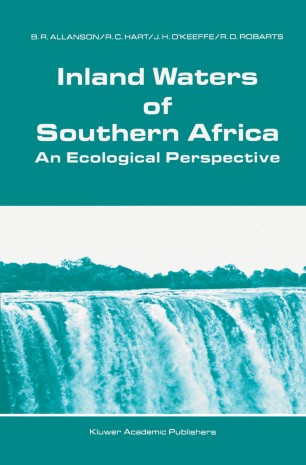 Limnology - the study of inland waters - had its genesis in Europe about the turn of the century. The studies of Fore1 on Lake Geneva were of seminal value at this time. It prospered under the early guidance of Thienemann, Naumann and Wesenberg-Lund in Europe and, soon transplanted, of Birge and Juday in North America (to name just a few early spirits). Now, liminology is a respectable scientific discipline taught at many universities, and limnologists are recognized as important contributors to our understanding of how this fragile spaceship functions. All this acknowledged, it must also be acknowledged that limnology is not yet a globally comprehensive science. To be sure, much is known about globally applicable processes, and the structural elements of aquatic ecosystems worldwide, but limnological emphases, interests and concerns remain essentially European and North American in balance. Much is known about lakes and rivers in less than one fifth of the world's land area (northern temperature regions); rather little is known about inland waters elsewhere.