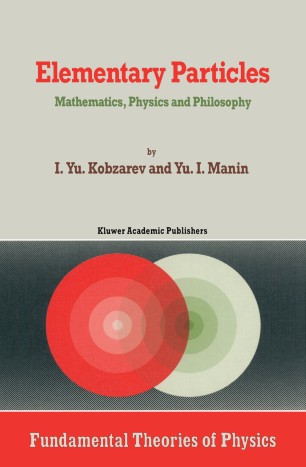 This book has come into being as a result of scientific debates. And these debates have determined its structure. The first chapter is in the form of Socratic dialogues between a mathematician (MATH.), two physicists (pHYS. and EXP.) and a philosopher (PHIL.). However, although one of the authors is a theoretical physicist and the other a mathematician, the reader must not think that their opinions have been divided among the participants of the dialogues. We have tried to convey the inner tension of the topic under discussion and its openness. The attitudes of the participants reflect more the possible evaluations of the situation rather than the actual views of the authors. What is more, the subject "elementary particles" as dealt with in the 3 6 dialogue stretches over (2-3) 10 years of historical time and a space of 10 ±1 pages of scientific literature. For this reason, a complete survey of it is un­ achievable. But, of course, every researcher constructs his own history of his science and sees a certain list of its main pOints. We have attempted to float several possible pictures of this kind. Therefore the fact that Math and Phys talk about the history of element­ ary particles is not an attempt to present the scientific history of this realm of physics.