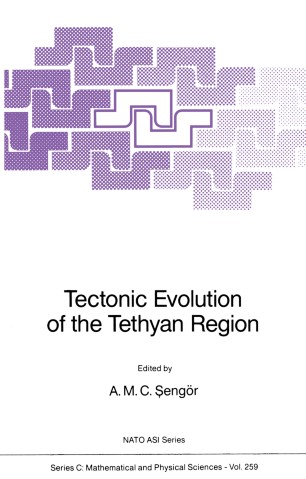 Tectonic Evolution of the Tethyan Region

The ihsan Ketin NATO Advanced Study Institute on the Tectonic Evolution of the Tethyan Region was conceived in 1982 in Veszprem, Hungary, when three of the organizers (B. C. B. , L. H. R. and A. M. C. 9. ) had come together for a meeting on the tectonics of the Pannonian basin. All three of us had experience in the Tethyan belt and all three of us had been for some time deploring the lack of communication among workers of this immense orogenic belt. Much new work had been completed in such previously little-known areas as Turkey, Iran, Afghanistan, the People's Republic of China, the entire Himalayan region, as well as new work in the European parts of the chain. Also, ironically, parts of the belt had just been closed to field work for political reasons, so it seemed as if the time was right to sit back and consider what had been done so far. Because the Istanbul group had had an interest in the whole of the Tethyan belt and because that ancient city was more centrally locElted with excellent opportunities to see both Palaeo- and Neo-Tethyan rocks in a weekend excursion, we thought that Istanbul was a natural place for such a meeting, not mentioning its own considerable attractions for the would-be contributors. A happy coincidence was that Prof.