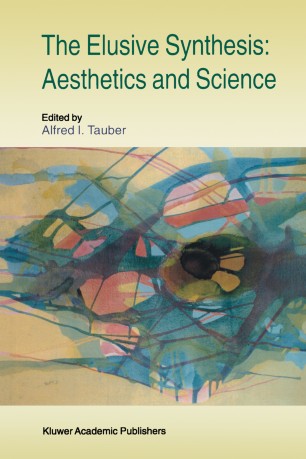 The Elusive Synthesis: Aesthetics and Science

Part of the Boston Studies in the Philosophy of Science book series (BSPS, volume 182)

The tension between art and science may be traced back to the Greeks. What became "natural philosophy" and later "science" has traditionally been posed as a fundamental alternative to poetry and art. It is a theme that has commanded central attention in Western thought, as it captures the ancient conflict of Apollo and Dionysus over what deserves to order our thought and serve as the aspiration of our cultural efforts. The modern schi sm between art and science was again clearly articulated in the Romantic period and seemingly grew to a crescendo fifty years aga as a result of the debate concerning atomic power. The discussion has not abated in the physical sciences, and in fact has dramatically expanded most prominently into the domains of ecology and medicine. Issues concerning the role of science in modern society, although heavily political, must be regarded at heart as deeply embedded in our cultural values. Although each generation addresses them anew, the philosophical problems which lay at the foundation of these fundamental concerns always appear fresh and difficult. This anthology of original essays considers how science might have a greater commonality with art than was perhaps realized in a more positivist era. The contributors are concerned with how the aesthetic participates in science, both as a factor in constructing theory and influencing practice. The collec­ tion is thus no less than a spectrum of how Beauty and Science might be regarded through the same prism.