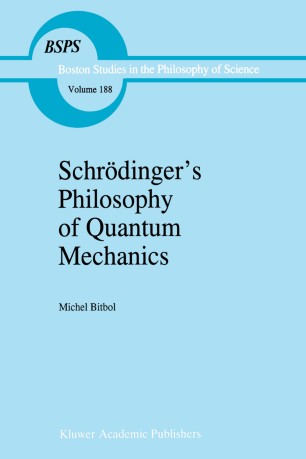 Part of the Boston Studies in the Philosophy of Science book series (BSPS, volume 188)

This book is the final outcome of two projects. My first project was to publish a set of texts written by Schrodinger at the beginning of the 1950's for his seminars and lectures at the Dublin Institute for Advanced Studies. These almost completely forgotten texts contained important insights into the interpretation of quantum mechanics, and they provided several ideas which were missing or elusively expressed in SchrOdinger's published papers and books of the same period. However, they were likely to be misinterpreted out of their context. The problem was that current scholarship could not help very much the reader of these writings to figure out their significance. The few available studies about SchrOdinger's interpretation of quantum mechanics are generally excellent, but almost entirely restricted to the initial period 1925-1927. Very little work has been done on Schrodinger's late views on the theory he contributed to create and develop. The generally accepted view is that he never really recovered from his interpretative failure of 1926-1927, and that his late reflections (during the 1950's) are little more than an expression of his rising nostalgia for the lost ideal of picturing the world, not to say for some favourite traditional picture. But the content and style of Schrodinger's texts of the 1950's do not agree at all with this melancholic appraisal; they rather set the stage for a thorough renewal of accepted representations. In order to elucidate this paradox, I adopted several strategies.