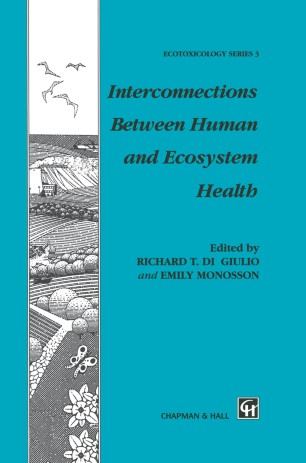 Interconnections Between Human and Ecosystem Health

Ecotoxicology is a relatively new scientific discipline. Indeed, it might be argued that it is only during the last 5-10 years that it has come to merit being regarded as a true science, rather than a collection of procedures for protecting the environment through management and monitoring of pollutant discharges into the environment. The term 'ecotoxicology' was first coined in the late sixties by Prof. Truhaut, a toxicologist who had the vision to recognize the importance of investigating the fate and effects of chemicals in ecosystems. At that time, ecotoxicology was considered a sub-discipline of medical toxicology. Subsequently, several attempts have been made to portray ecotoxicology in a more realistic light. Notably, both Moriarty (1988) and F. Ramade (1987) emphasized in their books the broad basis of ecotoxicology, encompassing chemical and radiation effects on all components of ecosystems. In doing so, they and others have shifted concern from direct chemical toxicity to humans, to the far more subtle effects that pollutant chemicals exert on natural biota. Such effects potentially threaten the existence of all life on earth. Although I have identified the sixties as the era when ecotoxicology was first conceived as a coherent subject area, it is important to acknowledge that studies that would now be regarded as ecotoxicological are much older.