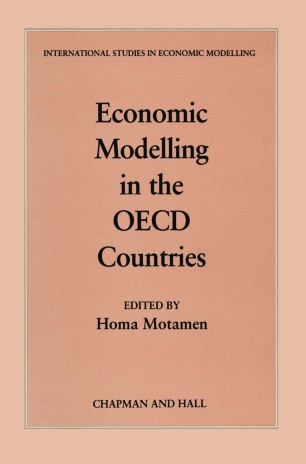 Economic Modelling in the OECD Countries

among the 159 member countries of the United Nations Organization which are treated as country units, while smaller countries are grouped together in regions. The number of equations used is approximately 13 700, while the number of software steps for computation is approximately 100000. Computation, including tabulation, can nevertheless be performed very rapidly, and only about 20 minutes is required to make forecasts from the present up to the year 2000. The FUGI model is at present being used by the Projections and Perspectives Studies Branch, Department of International Economic and Social Affairs of the United Nations, for simulations of United Nations medium- and long-term international development strategies, while the Project LINK model is being used for short-term forecasts (Onishi, 1985). Stimulated by our latest joint research with the United Nations University on a 'global early warning system for displaced persions', we have felt the need for our FUGI model to go beyond its present capacities centred on an 'economic' model (in the rather traditional, restricted sense of the term) and to develop into a model that can in the future analyse 'global problematiques' or 'global complexes of symptoms' and complicated questions including various types of environmental problems and the sorts of displaced persons issues to which we are now directing our attention. We are thus expanding the scope of our fifth-generation FUGI model, presently under development, to deal with such issues.