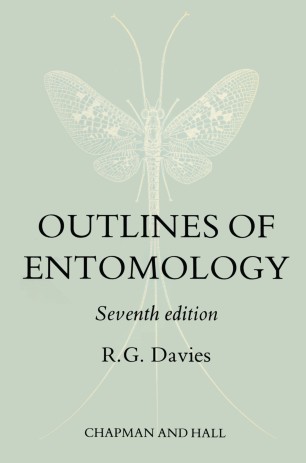 The present edition may be regarded as a descendant, much changed and greatly enlarged, of the late Dr A. D. Imms' Outlines of Entomology, first published in 1942. This went through three further editions without much change, but after the death of the original author a fifth, revised edition by Professor O. W. Richards and myself appeared in 1959 and a sixth in 1978. The book now appears in a considerably extended version in which I have tried to provide a more balanced introduction to the whole field of modern entomology by dealing with several aspects of the subject not discussed at all in previous editions. Thus, in addition to innumerable lesser changes in the sections on insect structure, function, development, classification and phylogeny, I have completely recast the earlier chapter on some important modes of life in insects. This now includes a far wider range of biological topics well exemplified by the insects and should, I hope, appeal not only to those already dedicated to entomology but also to others with more general biological interests. A completely new chapter on the biology of insect populations has also been added and may serve to indicate the debt which modern ecological theory owes to work on insect populations. It should hardly be necessary to apologize for introducing a certain amount of elementary mathematics into this account of a subject which is now among the most highly quantitative of biological disciplines.