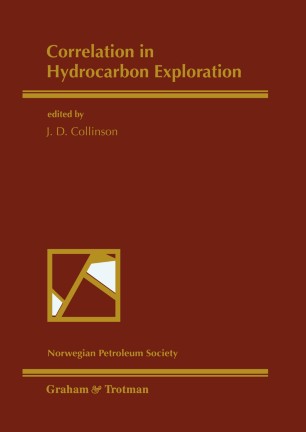 Proceedings of the conference Correlation in Hydrocarbon Exploration organized by the Norwegian Petroleum Society and held in Bergen, Norway, 3–5 October 1988

This book is the published record of the papers presented at a conference of the Norwegian Petroleum Society (NPF) held in Bergen, Norway, on 3-5 October, 1988. The conference was initially proposed and promoted by the Geology and Geophysics Advisory Committee of the Norwegian Petroleum Society consisting of: A. M. Spencer (Chairman), M. Brink,J. D. Collinson, S. Hanslien, D. M. D.James, T. B. Lund, K. Messel, E. Ormaasen and G. Saeland. The programme and more detailed planning of the conference was carried out by a programme committee consisting of: J. D. Collinson (Chairman), O. Eldholm, E. Holter, D. M. D.James, H. Tykoezinski, D. Worsley and S. M. Aasheim. There were 245 participants at the meeting and 36 papers were presented as talks with a further 9 presented as posters. These proceedings are representative of the range of topics covered. The meeting was characterized by a high level of discussion which has influenced several authors in the final preparation of their written papers. These proceedings have been edi ted on behalf of the Norwegian Petroleum Society by J. D. Collinson with help from H. Tykoezinski. The editor and the organizing committee wish to thank all the referees who reviewed papers and all the authors who responded so fully and promptly to their comments. The NPF is most grateful to the University of Bergen for making available their facilities for the conference.