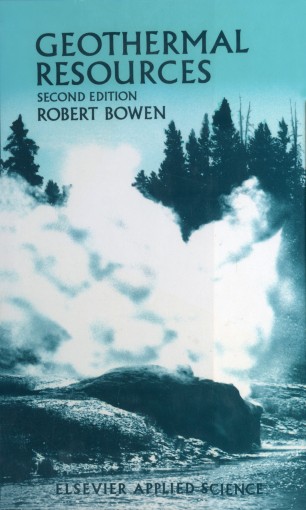 Since the Arab oil embargo of 1974, it has been clear that the days of almost limitless quantities of low-cost energy have passed. In addition, ever­ worsening pollution due to fossil fuel consumption, for instance oil and chemical spills, strip mining, sulphur emission and accumulation of solid wastes, has, among other things, led to an increase of as much as 10% in the carbon dioxide content of the atmosphere in this century. This has induced a warming trend through the 'greenhouse effect' which prevents infrared radiation from leaving it. Many people think the average planetary temperatures may rise by 4°C or so by 2050. This is probably true since Antarctic ice cores evidence indicates that, over the last 160000 years, ice ages coincided with reduced levels of carbon dioxide and warmer interglacial episodes with increased levels of the gas in the atmosphere. Consequently, such an elevation of temperature over such a relatively short span of time would have catastrophic results in terms of rising sea level and associated flooding of vast tracts of low-lying lands. Reducing the burning of fossil fuels makes sense on both economic and environmental grounds. One of the most attractive alternatives is geothermal resources, especially in developing countries, for instance in El Salvador where geothermal energy provides about a fifth of total installed electrical power already. In fact, by the middle 1980s, at least 121 geothermal power plants were operating worldwide, most being of the dry steam type.