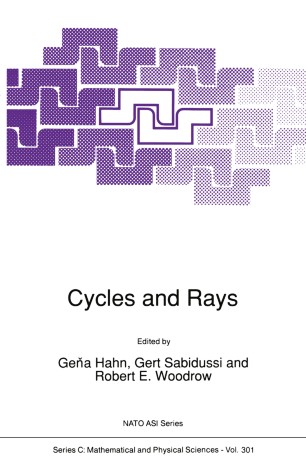 What is the "archetypal" image that comes to mind when one thinks of an infinite graph? What with a finite graph - when it is thought of as opposed to an infinite one? What structural elements are typical for either - by their presence or absence - yet provide a common ground for both? In planning the workshop on "Cycles and Rays" it had been intended from the outset to bring infinite graphs to the fore as much as possible. There never had been a graph theoretical meeting in which infinite graphs were more than "also rans", let alone one in which they were a central theme. In part, this is a matter of fashion, inasmuch as they are perceived as not readily lending themselves to applications, in part it is a matter of psychology stemming from the insecurity that many graph theorists feel in the face of set theory - on which infinite graph theory relies to a considerable extent. The result is that by and large, infinite graph theorists know what is happening in finite graphs but not conversely. Lack of knowledge about infinite graph theory can also be found in authoritative l sources. For example, a recent edition (1987) of a major mathematical encyclopaedia proposes to ". . . restrict [itself] to finite graphs, since only they give a typical theory". If anything, the reverse is true, and needless to say, the graph theoretical world knows better. One may wonder, however, by how much.