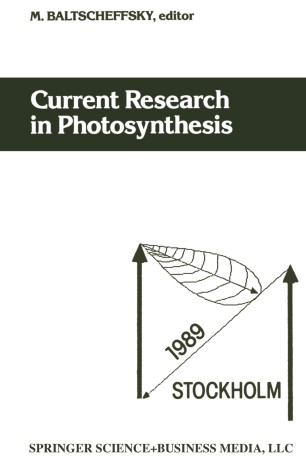 These four volumes with close to one thousand contributions are the proceedings from the VIIIth International Congress on Photosynthesis, which was held in Stockholm, Sweden, on August 6- 11, 1989. The site for the Congress was the campus of the University of Stockholm. This in itself was an experiment, since the campus never before had been used for a conference of that size. On the whole, it was a very sucessful experiment. The outcome of a congress depends on many contributing factors, one major such factor being the scientific vigour of the participants, and I think it is safe to say that the pariticipants were vigourous indeed. Many exciting new fmdings were presented and thoroughly dicussed, indoors in the discussion sessions as well as outdoors on the lawns. For the local organizing committee it was very rewarding to participate in these activities, and to watch some of our younger colleagues for the first time being subjected to the impact of a large international congress. The stimulating effect of this event on the local research atmosphere has been substantial. As was the case with the proceedings from both the 1983 and 1986 Congresses these proceedings have been compiled from camera ready manuscripts, and the editing has mainly consisted of finding the proper place for each contribution and distributing the manuscripts into four volumes with some int~rnal logic in each. In this I have had the invaluable help from Dr.