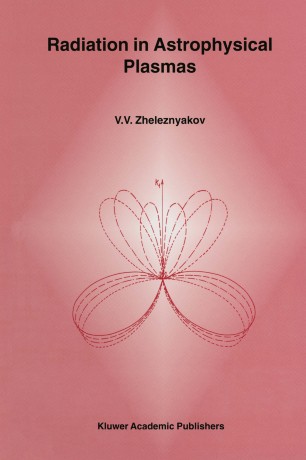 Interest in the problem of interaction between radiation and astrophysical plasmas arose decades ago. Initially, this was closely related to the discovery of radio emission from the Sun and Galaxy which alerted theoretical radio astronomers to the problem of the origin of extra-terrestrial radio emission. It has been found that the observed radio emission from cosmic sources is generated by virtue of the mechanisms which work mainly in plasma (an ionized gas). Recently, the theory of generation and propagation of radiation in astrophysical plasmas has outgrown its parent domain of theoretical radio astronomy and is being successfully applied to other fields, such as high-energy astrophysics. General results obtained in this field may also help to better understand the complicated phenomena in laboratory plasmas on the Earth. At the same time, analysis of interaction between radiation and astrophysical plasmas under extreme conditions (strong magnetic fields of white dwarfs and neutron stars or strong gravitational fields in the vicinity of black holes) stimulates the development of plasma physics as a whole. In fact, the physics of plasma under extreme conditions in space is a new branch of fundamental science.
The monograph contains the description of physical processes involved in interaction between radiation and astrophysical plasmas. It comprises the reasonable minimum necessary for understanding the emission and propagation of electromagnetic waves in astrophysical plasmas; without this minimum one could not succeed in interpreting the results of a number of astronomical observations.
Audience: This monograph will be useful for graduate and post-graduate students and young scientists as a textbook on plasma astrophysics and the issues of plasma physics dealing with radiation. At the same time, the book can be used by specialists on astrophysics, radio astronomy and plasma physics.