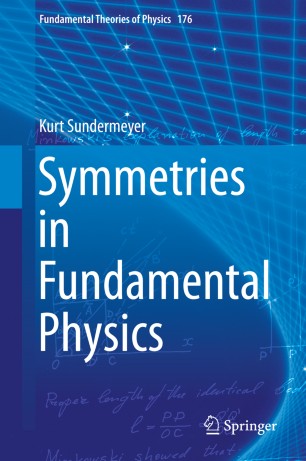 Over the course of the last century it has become clear that both elementary particle physics and relativity theories are based on the notion of symmetries. These symmetries become manifest in that the "laws of nature" are invariant under spacetime transformations and/or gauge transformations. The consequences of these symmetries were analyzed as early as in 1918 by Emmy Noether on the level of action functionals. Her work did not receive due recognition for nearly half a century, but can today be understood as a recurring theme in classical mechanics, electrodynamics and special relativity, Yang-Mills type quantum field theories, and in general relativity. As a matter of fact, as shown in this monograph, many aspects of physics can be derived solely from symmetry considerations. This substantiates the statement of E.P. Wigner "... if we knew all the laws of nature, or the ultimate Law of nature, the invariance properties of these laws would not furnish us new information." Thanks to Wigner we now also understand the implications of quantum physics and symmetry considerations: Poincare invariance dictates both the characteristic properties of particles (mass, spin, ...) and the wave equations of spin 0, 1/2, 1, ... objects. Further, the work of C.N. Yang and R. Mills reveals the consequences of internal symmetries as exemplified in the symmetry group of elementary particle physics.  Given this pivotal role of symmetries it is thus not surprising that current research in fundamental physics is to a great degree motivated and inspired by considerations of symmetry.

The treatment of symmetries in this monograph ranges from classical physics to now well-established theories of fundamental interactions, to the latest research on unified theories and quantum gravity.