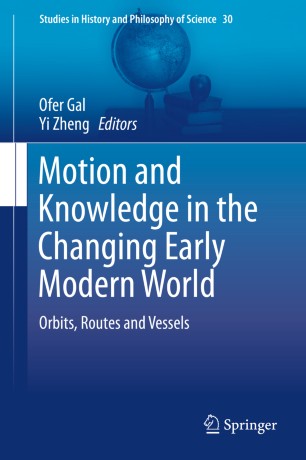 Motion and Knowledge in the Changing Early Modern World

Part of the Studies in History and Philosophy of Science book series (AUST, volume 30)

People living around the turn of the 17th century were experiencing motion in ways beyond the grasp of anyone less than a century earlier. Goods and people were crossing lands and oceans to distances never envisioned and in scales hardly imaginable by their recent predecessors.  The earth itself has been set in motion and the heavens were populated by a whole new array of moving objects: comets, moons, sun spots.  Even the motion of terrestrial objects—so close at hand and seemingly obvious—was being thoroughly reshaped. In the two centuries to follow, this incessant, world-changing motion would transform the creation, interpretation and dissemination of knowledge and the life and experiences of the people producing it: savants, artisans, pilots, collectors.