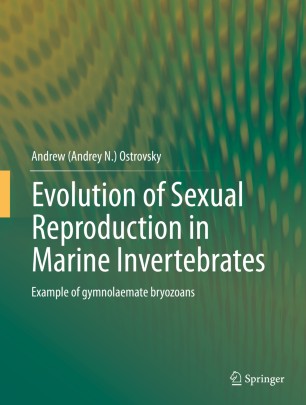 Three major aspects that distinguish this book are that (1) it contains the most detailed analysis of the sexual reproduction (oogenesis, fertilization and embryonic incubation) in a particular phylum of the aquatic invertebrates (Bryozoa) ever made; this analysis is based on an exhaustive review of the literature on that topic published over the last 260 years, as well as extensive original histological, anatomical and morphological data obtained during studies of both extant and extinct species; (2) this broad analysis has made it possible to reconstruct the major patterns, stages and trends in the evolution of sexual reproduction in various bryozoan clades, showing numerous examples of parallelisms during transitions from broadcasting to embryonic incubation, from planktotrophic to non-feeding larvae and from lecithotrophy to placentation; corresponding shifts in oogenesis, fertilization and embryonic development are discussed in detail; and (3) the key evolutionary novelties acquired by Bryozoa are compared with similar innovations that have evolved in other groups of marine invertebrates, showing the general trends in the evolution of their sexual reproduction. Ecological background of these innovations is considered too. Altogether these aspects make the monograph an “Encyclopedia of bryozoan sexual reproduction,” offering an integral picture of the evolution of this complex phenomenon.