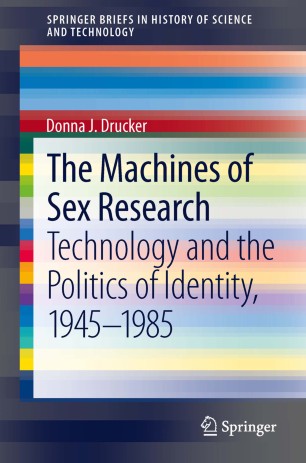 The Machines of Sex Research

The Machines of Sex Research describes how researchers worldwide integrated technology into studies of human sexuality in the postwar era. The machines they invented made new ways of seeing bodies possible. Some researchers who studied men used machines like penile strain gauges to police “deviant” male sexuality; others used less painful devices like penis-cameras to study women’s sexual responses and map the physiology of their arousal and orgasm. While researchers used the findings from their technological innovations to propose their own views of how people should view their bodies and should manage their sexual lives, their readers interpreted their findings to enact their own visions of sexuality. Drucker shows how the use of machines in sex research provided some of the intellectual underpinnings of the sexual revolution and the women’s and gay rights movements, and in turn how the sex research community developed new machines for investigations that would enhance sexual happiness rather than constrict it. The Machines of Sex Research is a key read for those interested in the intersections between human sexuality, technology, and twentieth-century social movements. Describes the little-known history of the machines of human sex research in the postwar era   Shows how researchers worldwide invented and used machines to study human sexuality and the body in new ways, and how they used and improved each other's designs   Relates the relationship between the machines of sex research to Cold War sexualities and gender and sexual liberation movements.