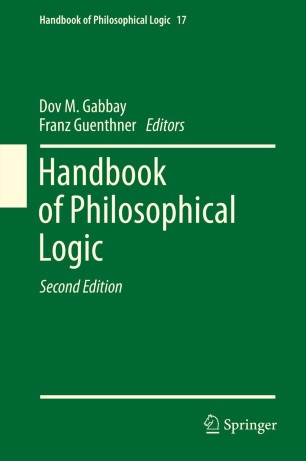 This second edition of the Handbook of Philosophical Logic reflects great changes in the landscape of philosophical logic since the first edition. It gives readers an idea of that landscape and its relation to computer science and formal language and artificial intelligence. It shows how the increased demand for philosophical logic from computer science and artificial intelligence and computational linguistics accelerated the development of the subject directly and indirectly. This development in turn, directly pushed research forward, stimulated by the needs of applications. New logic areas becameestablished and old areas were enriched and expanded. At the same time, it socially provided employment for generations of logicians residing in computer science, linguistics and electrical engineering departments which of course helped keep the logic community to thrive. The many contributors to this Handbook are active in these application areas and are among the most famous leading figures of applied philosophical logic of our times. ​