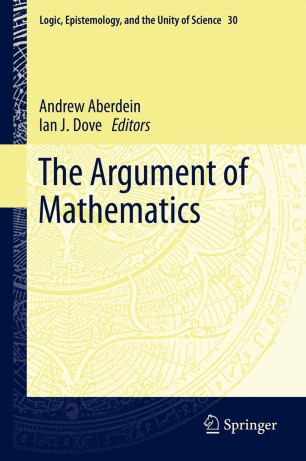 The Argument of Mathematics

Part of the Logic, Epistemology, and the Unity of Science book series (LEUS, volume 30)

“The Argument of Mathematics is an interesting and important resource for philosophers of mathematics who have not much considered alternative kinds of evidence. The points considered by many of the authors and the argumentative structures highlighted in many of the chapters are worth further reflection in works in the epistemology of mathematics. These considerations will play an increasingly important role in future philosophy of mathematics. This welcome volume is a good place to start.” (James Robert Brown and Kevin Kuhl, Notre Dame Philosophical Reviews, June, 2014)
Buy options