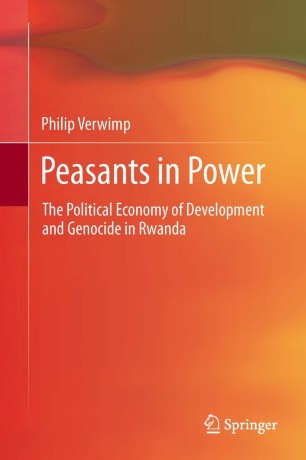 The Political Economy of Development and Genocide in Rwanda

This book shows how Rwanda’s development model and the organisation of genocide are two sides of the same coin. In the absence of mineral resources, the elite organised and managed the labour of peasant producers as efficient as possible. In order to stay in power and benefit from it, the presidential clan chose a development model that would not change the political status quo. When the latter was threatened, the elite invoked the preservation of group welfare of the Hutu, called for Hutu unity and solidarity and relied on the great mass (rubanda nyamwinshi) for the execution of the genocide. A strategy as simple as it is horrific. The genocide can be regarded as the ultimate act of self-preservation through annihilation under the veil of self-defense.

Based on more than ten years of research, and engaging with competing and complementary arguments of authors such as Peter Uvin, Alison Des Forges, Scott Strauss, René Lemarchand, Filip Reyntjens, Mahmood Mamdani and André Guichaoua, the author blends economics, politics and agrarian studies to provide a new way of understanding  the nexus between development and genocide in Rwanda. Students and practitioners of development as well as everyone interested in the causes of violent conflict and genocide in Africa and around the world will find this book compelling to read.