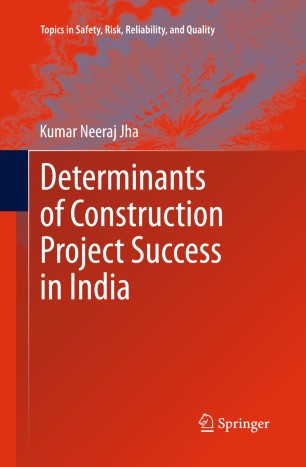 This study presents exploratory work and seeks to identify and evaluate the success and failure factors that could form a guideline for further study and to some extent help professionals to understand some critical aspects that impact project performance concerning construction in India. A total of 55 attributes affecting the performance of construction projects are analysed in terms of their level of influence on four key performance criteria – schedule, cost, quality, and no disputes – using a two-stage questionnaire survey. These attributes are then further analysed, interpreted and evaluated.

Based on the critical success factors obtained from the study, a neural network model-based predictive model for project performance has been developed. The performance prediction models have been derived for all four project performance criteria. Further, a hypothesis that ‘project success’ is influenced by ‘success traits’ has also been formulated. The hypothesized positive inter-relationships between success traits and project success have been tested using the structural equation modelling technique.

Besides supporting the intuition of past researchers in recognizing ‘coordination’ as a key success factor, this study has revealed that coordination is not an isolated and independent activity, but is a typical management function with an inherent role in all major management activities. Key elements affecting coordination have also been identified and their influence on coordination effort has been studied. Furthermore, the present study has also identified  three broad skill groups required of effective project coordinators.
The results are validated through case studies of live projects and structured interviews with experts in the field of construction management.