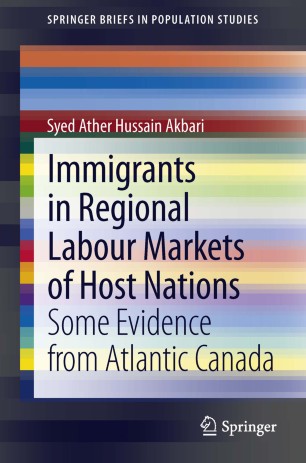 Some Evidence from Atlantic Canada

This book is the first to present a detailed analysis of economic integration of immigrants in smaller areas of their host nations. It uses Atlantic Canada as a case in point and uses unpublished data based on several databases of Statistics Canada and Citizenship and Immigration, Canada. It identifies best policy practices that can also be used in other countries to address demographic challenges similar to those facing Canada, for example population ageing and youth out-migration from smaller regions to larger regions, through immigration.  Economic integration of immigrants in Atlantic Canada is faster and better than it is nationally. An overarching result is that an analysis of regional data can lead to very different policy conclusions than the analysis of national data, which means that it can be risky to devise immigration policy based only on national data. A clear message is that economic benefits from immigration can be enhanced by facilitating a broader geographic distribution of immigrants, rather than maintaining their concentration in a few larger urban regions.   A must read for immigration and population policy makers, immigrant settlement agencies and academic researchers.