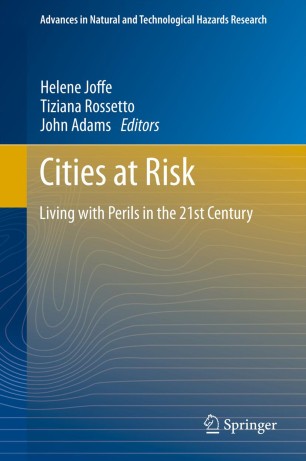 Living with Perils in the 21st Century

With the major growth of the world’s population over the past century, as well as rapid urbanisation, people increasingly live in crowded cities. This trend is often accompanied by proliferation of poorly built housing, uncontrolled use of land, occupation of unsafe environments and overstretched services.  When a natural hazard strikes such a city many people are vulnerable to loss of life and property.  This book explores what these people think and feel about the threats that they face. How do they live with perils ranging from earthquakes to monsoons, from floods to hurricanes, in the 21st century?

The authors are drawn from a large range of disciplines: Psychology, Engineering, Geography, Anthropology and Urban Planning. They also reflect on how perils are represented in multiple cultures: the United States, Japan, Turkey, Bangladesh, the United Kingdom and New Zealand. The book therefore not only brings to light the ways that different cultures represent natural hazards but also the different ways in which various disciplines write about living with perils in the 21st century.

The book is addressed both to researchers and to organizations involved with risk management and risk mitigation.