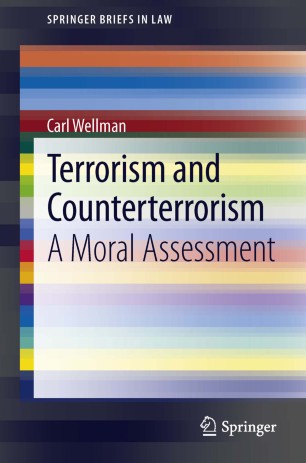 Part of the SpringerBriefs in Law book series (BRIEFSLAW, volume 9)

This book presents a definition of terrorism that is broad and descriptive and much needed to prevent misunderstanding. The book identifies the features that make terrorism ‘wrong’, including coerciveness, the violation of rights and undermining of trust. Next, it evaluates reasons given for terrorism such as the protection of human rights and the liberation of oppressed groups as not normally justified. Following this, the book identifies and evaluates international responses to terrorism, taking into account General Assembly and Security Council resolutions, United Nations conventions and criminalization in international law. It also looks at national responses which often take the shape of surveillance, detention, interrogation, trials, targeted killings, intrusion and invasion. Finally, the book discusses how, if at all, the moral norms of personal morality apply to the actions of nation states.​