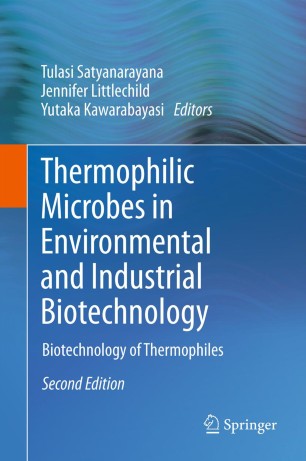 The existence of life at high temperatures is quiet fascinating. At elevated temperatures, only microorganisms are capable of growth and survival. Many thermophilic microbial genera have been isolated from man-made (washing machines, factory effluents, waste streams and acid mine effluents) and natural (volcanic areas, geothermal areas, terrestrial hot springs, submarine hydrothermal vents, geothermally heated oil reserves and oil wells, sun-heated litter and soils/sediments) thermal habitats throughout the world. Both culture-dependent and culture-independent approaches have been employed for understanding the diversity of microbes in hot environments. Interest in their diversity, ecology, and physiology has increased enormously during the past few decades as indicated by the deliberations in international conferences on extremophiles and thermophiles held every alternate year and papers published in journals such as Extremophiles.

Thermophilic moulds and bacteria have been extensively studied in plant biomass bioconversion processes as sources of industrial enzymes and as gene donors. In the development of third generation biofuels such as bioethanol, thermophilic fungal and bacterial enzymes are of particular interest. The book is aimed at bringing together scattered up-to-date information on various aspects of thermophiles such as the diversity of thermophiles and viruses of thermophiles, their potential roles in pollution control and bioremediation, and composting.