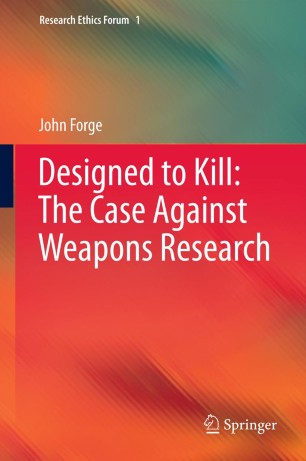 Designed to Kill: The Case Against Weapons Research

The pilot-less drones, smart bombs and other high-tech weapons on display in recent conflicts are all the outcome of weapons research. However, the kind of scientific and technological endeavour has been around for a long time, producing not only the armaments of Nazi Germany and the atomic bombs dropped on Japan, but the catapults used in ancient Greece and Rome and the assault rifles used by child soldiers in Africa.  In this book John Forge examines such weapons research and asks whether it is morally acceptable to undertake such an activity. He argues that it is in fact morally wrong to take part in weapons research as its primary purpose is to produce the means to harm others, and moreover he argues that all attempts to then justify participation in weapons research do not stand up to scrutiny.

This book has wide appeal in fields of philosophy and related areas, as well to a more general audience who are puzzled about the rate at which new weapons are accumulated.