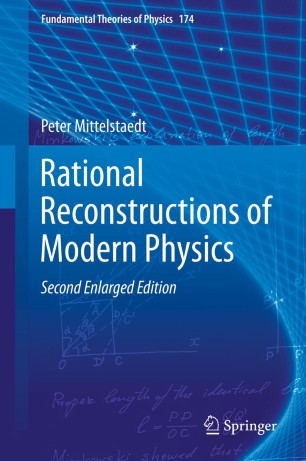 Newton’s classical physics and its underlying ontology are loaded with several metaphysical hypotheses that cannot be justified by rational reasoning nor by experimental evidence. Furthermore, it is well known that some of these hypotheses are not contained in the great theories of Modern Physics, such as the theory of Special Relativity and Quantum Mechanics. This book shows that, on the basis of Newton’s classical physics and by rational reconstruction, the theory of Special Relativity as well as Quantum Mechanics can be obtained by partly eliminating or attenuating the metaphysical hypotheses. Moreover, it is shown that these reconstructions do not require additional hypotheses or new experimental results.

In the second edition the rational reconstructions are completed with respect to General Relativity and Cosmology. In addition, the statistics of quantum objects is elaborated in more detail with respect to the rational reconstruction of quantum mechanics. The new material completes the approach of the book as much as it is possible at the present state of knowledge.
Presumably, the most important contribution that is added to the second edition refers to the problem of interpretation of the three great theories of Modern Physics. It is shown in detail that in the light of  rational reconstructions even realistic interpretations of the three theories of Modern Physics are possible and can easily be achieved.