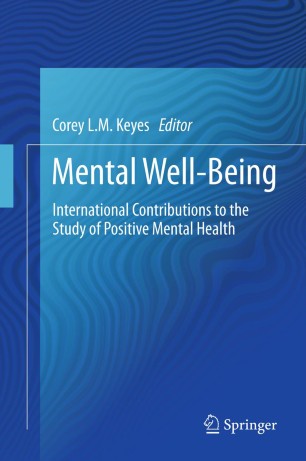 International Contributions to the Study of Positive Mental Health

This book provides a new generation of research in which scholars are investigating mental health and human development as not merely the absence of illness or dysfunction, but also the presence of subjective well-being. Subjective well-being is a fundamental facet of the quality of life. Nations, communities, or individuals who are wealthier, have more education, and live longer are considered to have higher quality of life or personal well-being. The subjective standpoint emerged during the 1950s as an important alternative to the objective approach to measuring individual’s well-being.

This edited volume brings together for the first time the growing scientific literature on positive mental health that is now being conducted in many countries other than the USA and provides students and scholars with an invaluable source for teaching and for generating new ideas for furthering this important line of research.